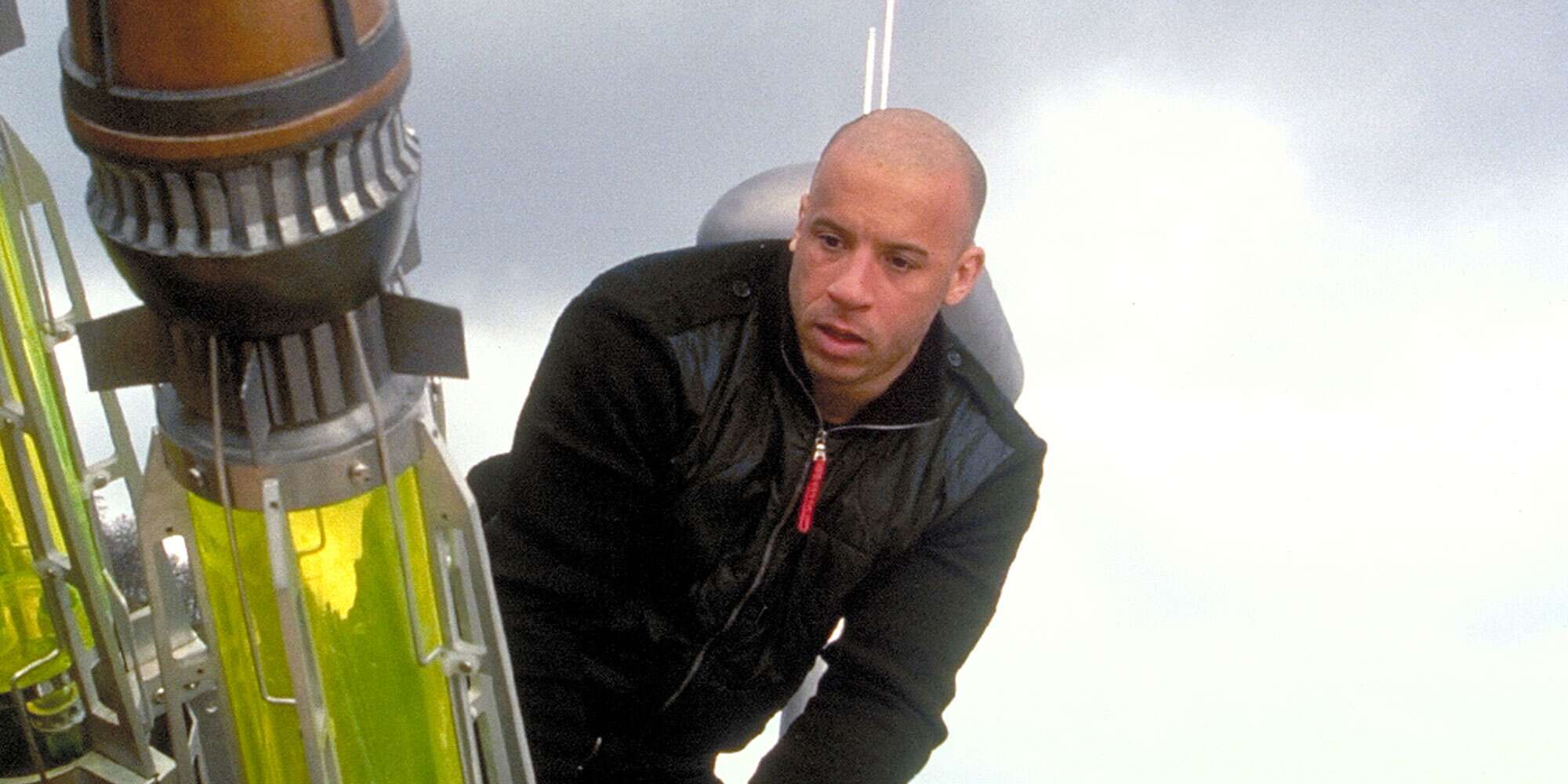 Xander is a man's man, man: just a guy who loves “cars, boards, bikes — anything fast enough to do something stupid in.” Will he steal a Senator's Corvette and BASE-jump it off a bridge? Yep yep. Free-fall from an airplane on a snowboard just to start an avalanche? If he must. Paraglide into a Czechoslovakian river in order to redirect a biochemical weapon and save the world? Spoiler! It's done, son. The Corvette business, actually, is what gets him recruited in the first place: Samuel L. Jackson's face-scarred NSA agent Augustus Gibbons clocks Xander's carjacking, bridge-sailing skills and decides that the American government could use someone like him to take on a rogue band of Eastern European terrorists called Anarchy 99. Or as Gibbons puts it to a nonplussed room of bureaucrats, “Do we want to drop another mouse in the snake pit? Or do we want to send our own snake and let him crawl in?”